The AK-12 is a premium assault rifle from Set 5.

The Kalashnikov AK-12 (formerly АK-200) is the newest derivative of the Soviet/Russian AK-47 series of assault rifles and was proposed for possible general issue to the Russian Army. In late September 2013, the AK-12 was passed over by the Russian military. The AK-12 uses the same gas-operated long-stroke piston system of previous Kalashnikov rifles, but many features are radically different from other guns in its family.

The AK-12 is arguably the best AK weapon in the game, combining elements such as the high magazine capacity of the RPK-74 with the high damage of the AK-74 as well as the very high accuracy of the Gold-Plated AKMS. However, in addition to all of this, the AK-12 has the fastest reload speed of all AK weapons by far, aside from maybe the AK-74, which has a double-clip.

Like most weapons from the AK series, the AK-12 has a moderate fire-rate as one of its only downsides. Its other main downside is that it has very low mobility, similarly to the AKMS. With a mobility statistic of 53 points, the AK-12 isn't quite heavy enough to benefit from the Destroyer Skills which provide increased mobility and reload speed to weapons with mobility below 50 points.

With very high accuracy, moderately high recoil (as opposed to very high recoil), low damage fall-off, and a good effective distance the AK-12 can function as a mid-range sniper rifle. Combined with the highest magazine size of any assault rifle and a very fast reload speed, the AK-12 is a very versatile weapon, capable of mowing down opponents at any range, aside from very long range.

"The latest assault rifle from Izhmash chambered for the 6.5 Grendel to replace the current models of the AK in the army and special forces of the russian federation.AK-12 has a much improved ergonomics, rebalanced bolt, a new rail system, and extended magazine for 50 rounds."

Achieving 1000 LongShots with the AK-12 will unlock the W-Task. It adds the Elcan SpecterOS Assault Scope and renames it to AK-12 Optics. The W-Task also grants the player access to the Customization. See AK-12/Customization for more information. 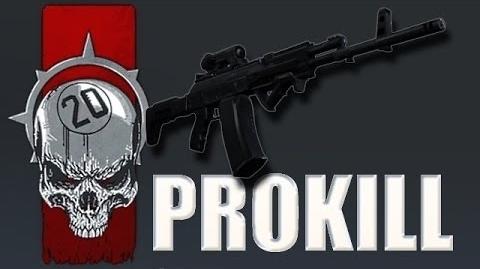 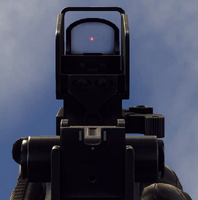 Add a photo to this gallery
Retrieved from "https://contractwars.fandom.com/wiki/AK-12?oldid=27881"
Community content is available under CC-BY-SA unless otherwise noted.