The AUG A3 is an assault rifle from Set 3.

The AUG A3 is a middle-of-the-road rifle that can be considered jack-of-all-trade, master-of-none of assault rifle, which consists of a range of moderate statistics that complement the rifle's effectiveness mostly in mid-range. Despite this, the AUG has one distinctive advantage over other assault rifles, which is it extremely fast reload speed allowing the rifle to substantially dish out damage down range without much downtime. The biggest downside of the rifle, however, is its fairly expensive initial buy, high tendency of deteriorating and fair high repair cost. 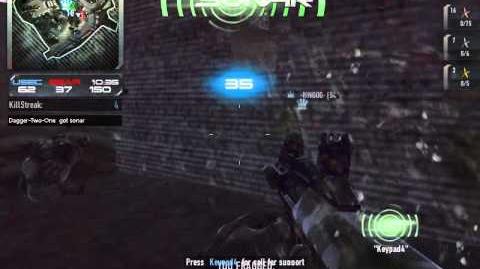 Aug A3 Montage - Contract Wars
Add a photo to this gallery
Retrieved from "https://contractwars.fandom.com/wiki/AUG_A3?oldid=27830"
Community content is available under CC-BY-SA unless otherwise noted.