"Pump action modification of a 12 gauge Benelli shotgun. Entry shotgun that is used with buckshot ammo for indoor combat operations. Perfect weapon for a short and close quarter combat."

The Benelli M3 mod.2 pump-action shotgun is an average shotgun with a moderate damage equates to one one-barrel shotgun of the IZH and high pellet spread, which detriments its killing potential.

The M3 has clear iron sights and a high firerate, and a shot aimed at the head is usually a one-hit kill. It's reload speed is average, but can be increased with skills. The biggest drawback is its small magazine, carrying only 5 shells, while the MP-133's mag has 8. While having a reasonable mobility, its low magazine size, reload and penetration will punish hard players with poor aiming and lack of engagement choosing know-how, especially against heavily-armored players. And like all shotguns, the Bennelli has an extremelt short range.

However, the Benelli M3 mod.2 shotgun is also the only shotgun in the game that has access to a silencer immediately right after completing the W-Task, which would provide an exceptional tactical advantage to players who can make the most out of their hit-and-run playstyle and proper flanking of targets.

To acquire the W-Task for the M3 mod.2, one must make 8 double kills. The modification consists of is an attachment available for the Benelli M3 Mod 2 shotgun which becomes the Benelli M3 Mod 3 silenced. The Armsech tactical suppressor, a special multi-chamber silencer for shotguns, muffles the shot and hides the flash of the weapon.

Tasking the M3 is quite easy, and merely a matter of time. The best maps for doing so are small maps with tight spaces, such as Bay5 or Bay7. 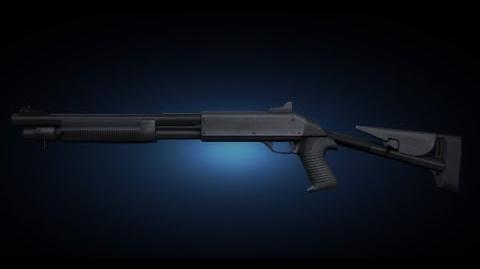 M3 mod.2 Shooting Test
Add a photo to this gallery

Retrieved from "https://contractwars.fandom.com/wiki/Benelli_M3_Mod_2?oldid=25760"
Community content is available under CC-BY-SA unless otherwise noted.