"Six-shot revolver with double action trigger, made for .357 Magnum, Colt Python is one of the most famous revolvers ever produced by Colts Manufacturing Company."

The Colt Python Elite is a revolver (handgun) from Set 4.

The Colt Python Elite, or Python for short, is one of three revolvers featured in Contract Wars and the only one which is CR-purchasable.

Among secondary weapons, the Python features one of the best combinations of damage-per-shot and damage-per-second, though it also features one of the smallest magazine sizes. In fact, the Python's fire-rate of 30 points is not actually that slow for a secondary weapon; in comparison, the H&K USP has a fire-rate of 35 points. The Python also features the best effective distance (tied with the Smith&Wesson Stealth Hunter) and second-best penetration (tied with the Stealth Hunter, Yaryigin Grach, and FN 5-7) among secondary weapons.

Overall, the Python is one of the best secondary weapons in Contract Wars and is even competitive against GP-purchasable secondaries. It is the best high-caliber secondary (excluding secondary shotguns) for close-range combat, whilst still being very good for mid-range combat as well.

The Python has a Weapon Task and Weapon Customization.

The Python features very high accuracy, at 78 points, though it is difficult to increase the Python's accuracy by a significant amount. With +5 accuracy from Scout Skills, the Python has 83 accuracy. The maximum possible accuracy increase from Weapon Modifications is +8, with +2 from either the LWC muzzle-brake or the Multipcomp bushing compensator and +6 from the Leupold FX-II 2x20 optical sight, resulting in 91 accuracy along with the Scout Skill. The maximum accuracy attainable for the Python is 104 (86 in HardCore Mode).

The Python features extremely high recoil, at 88 points. Furthermore, the Python features extremely high visual recoil, wherein the weapon executes a preset "jumping" animation after each consecutive shot. There is no way to improve the Python's visual recoil; recoil buffs only affect the Python's actual recoil (crosshair spread). Scout Skills can provide -25 recoil, lowering the Python's recoil to 63 points. Gunsmith Skills can provide an additional -2 recoil. The LWC muzzle-brake removes 24 recoil whereas the Multicomp bushing compensator removes 26 recoil; both muzzle devices override the smaller increments of recoil which various sights can remove. The minimum recoil attainable for the Python is 35 (62 in HardCore Mode).

The Python can equip the Trijicon ACOG assault sight and the Leupold FX-II 2x20 optical sight. The ACOG has very high informativity and a very clear reticle pattern, but its zoom is very low. Meanwhile, the FX-II has moderate zoom, very low informativity, a decent reticule pattern, and also significantly lowers the player's mouse sensitivity in the aim-to-sights mode.

In comparison to other high-caliber secondaries, namely the Raging Judge, TIS Desert Eagle, Tanfoglio Thor .500, Sawed-Off IZH-43, and Smith&Wesson Stealth Hunter, the Python features the lowest damage (at 70 points) as well as the fastest fire-rate (at 30 points).

The Python has relatively high damage-per-second, beating the FN 5-7 semi-auto pistol without buffs, and tying with the FN 5-7 with +10 damage from Scout Skills (or from Gunsmith Clan Skills), +4 damage from Clan Skills, and either the GemTech GM9 silencer (-5% damage) or AAC TI-RANT silencer (-5% damage) equipped (theoretically, since the Python cannot equip any silencers).

The Python features the same penetration as the Yaryigin Grach, FN 5-7, and Stealth Hunter, at 45 points, which is the second-highest among secondary weapons. Only the TT and GSh-18 have higher penetration, both at 55 points.

The Python features a very slow reload speed in comparison to lower-caliber secondaries, at 59 points. In comparison, various top-end semi-auto pistols feature reload speeds of 80+ points. The Desert Eagle (RL: 55) is the only secondary with a slower reload speed than the Python.

The Python features the best damage fall-off among secondaries, at 70%. This is the same as the Thor, Stealth Hunter, Colt M1911A1, FN FNP-45T, and Springfield Operator TRP.

The Weapon Task for the Python is 50 LongShots. This is moderately difficult since the Python has extremely high visual recoil. Once the W-Task is completed, the Python is renamed "Python Elite Shooter" and is granted the Trijicon RMR collimator. 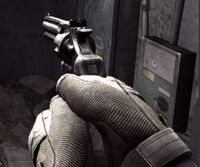 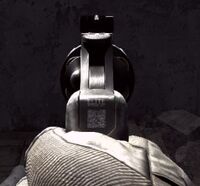 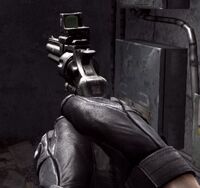 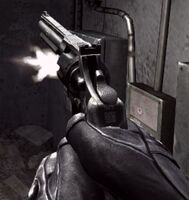 Retrieved from "https://contractwars.fandom.com/wiki/Colt_Python_Elite?oldid=27627"
Community content is available under CC-BY-SA unless otherwise noted.