"An ultra-compact version of the German HK416 assault rifle, developed after a United Kingdom Special Forces tender. It is small enough to be deployed in confined environments, yet maintains the accuracy and power of its predecessors."

The H&K 416c is an ultra-compact assault rifle. It features a blend of performance aspects from assault rifles and submachine guns.

One major cosmetic downside of the H&K 416c is that it has very high visual recoil, perhaps the worst of any assault rifle in the game. This reduces its capabilities at mid to long-range.

Overall, the H&K 416c is a great weapon. However, due to its high visual recoil, the Magpul PDR-C SMG is generally a better choice for the particular niche which the H&K 416c fills. Of course, the Noveske Diplomat 7.5 is better than both weapons within this niche.

The H&K 416c has the best accuracy statistic of all ultra-compact assault rifles. In comparison to SMGs, only one SMG has better accuracy; the H&K MP5SD Spec. All in all, this is a fairly huge advantage, especially for a novice player who doesn't have many accuracy buffs from Skills and Weapon Modifications.

However, the recoil statistic of the H&K 416c isn't so great.

The H&K 416c has a very good damage statistic considering its weapon-type.

The H&K 416c has the same penetration as the M4A1 Custom assault rifle, at 30 points. This is considered to be a good amount of penetration, though not great.

The H&K 416c has very high visual recoil. The recoil is very disorienting as it constantly jiggles the reticule (while in aim-to-sights mode) both up and down and left and right, tracing a "V" shape across the screen. The bullets are actually landing roughly near the bottom of the V.

Due to the high visual recoil, players will have difficulty attacking opponents at mid to long-range whilst in the aim-to-sights mode. The bullets aren't actually more inaccurate due to this visual recoil. Instead, the visual recoil simply makes it more difficult for the player to manually aim.

The H&K 416c has very high mobility. In comparison to the Magpul PDR-C, it has 6 more points of mobility, at 80 points rather than 74. The H&K 416c has equal mobility to the Noveske Diplomat 7.5.

The higher mobility of the H&K 416c in comparison to the Magpul PDR-C is very significant though not exactly game-breaking. Depending on the play-style, its advantages may vary.

The faster reload speed of the Magpul PDR-C in comparison to the H&K 416c can really make a big difference. This is especially true since both weapons are optimal for fast-paced gameplay.

The H&K 416c is significantly hindered in that it only has 5 total magazines rather than 6, 7, or even 8. Meanwhile, the Magpul PDR-C and the Noveske Diplomat 7.5 both have 7 total magazines. This lack of reserve ammo can make a huge difference when the player is trying to achieve long KillStreaks. Note that all three weapons have 30-round magazines.

However, the great damage fall-off and effective distance may not prove to be too useful as a consequence of the very high visual recoil.

To acquire the W-Task for the H&K 416c, one must accomplish 70 longshots. By doing that you unlock an EOTech XPS-2 sight and an AAC SDN-6 suppressor.

The H&K 416c has access to Weapon Customization. It can equip collimators, optics, silencers, muzzle-brakes, flash-hiders, and tactical devices.

The H&K 416c can access three true-optics and two hybrid-optics: 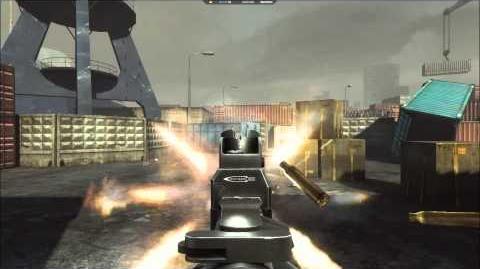 Retrieved from "https://contractwars.fandom.com/wiki/H%26K_416c?oldid=27834"
Community content is available under CC-BY-SA unless otherwise noted.