The MP-133 is the 3rd shotgun accessible to the players and 2nd pump action shotgun. It is better than the previously unlocked Benelli M3 Mod 2, thanks to a combination of higher damage, tighter pellet spread, lower visual recoil and more rounds in its tube magazine. With its high accuracy for a shotgun, equipping slug and hollow point ammunition would greatly extends the ranged effectiveness of the shotgun and turn it into a relatively effective rifle with extremely high aim-down-sight mobility. The MP-133 is also one of only three shotguns in the game that can equip an effective silencer, with the other two being the Benelli M3 mod 2 and the Saiga 12k, albeit at a much higher effort to be able to unlock one comparing to be Benelli.

The W-Task of the MP-133 is 125 headshots. It adds a Leopold Deltapoint compact collimator and slug ammo and renames the it to MP-133 Tac. It also unlocks the SAGEGRN (Sage Green) camouflage and grants the player access to the Customization. See MP-133/Customization for more information.

After W-task completion, the MP-133 can be customized with sights, muzzlebrakes, silencers, camos and even has different ammo types.

The four types of shotgun shells are: 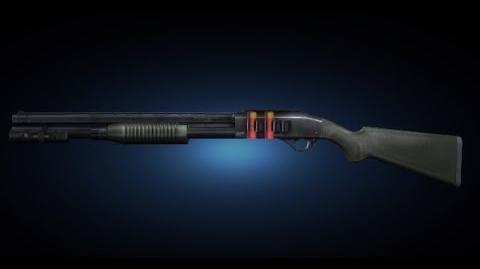 MP-133 Shooting Test
Add a photo to this gallery
Retrieved from "https://contractwars.fandom.com/wiki/MP-133?oldid=25772"
Community content is available under CC-BY-SA unless otherwise noted.