The Noveske Diplomat 7.5's main strengths are its very high mobility and very quick reload speed. However, it is also competent in most other areas, making it a great all-rounder weapon. The only areas where it somewhat falls short are damage fall-off and effective distance, though it's not too bad in these areas when you consider that the majority of its closest competitors have even worse damage fall-off and effective distances.

Overall, the Noveske Diplomat 7.5 features one of the best overall performances among assault rifles for close-quarters combat but lacks somewhat in mid to long-range combat capabilities.

The Noveske Diplomat's W-Task is 15 ProKills. Finishing this will give it the CBE SilencerCo Sparrow silencer, which unlocks stealth mode and also provides -50% hear distance, higher accuracy, and lower recoil. Conversely, the damage of the weapon is nerfed considerably, along with its penetration capabilities, effective distance, and mobility.

Prior to the implementation of Weapon Customization for the Noveske Diplomat, it would be renamed to "Noveske Silenced" with the W-Task silencer equipped. 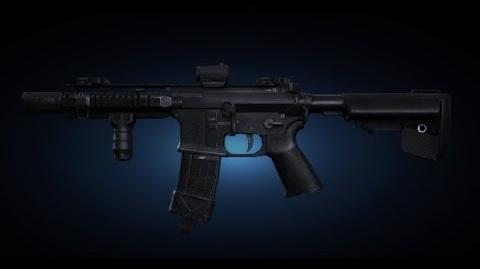 Retrieved from "https://contractwars.fandom.com/wiki/Noveske_Diplomat_7.5?oldid=27836"
Community content is available under CC-BY-SA unless otherwise noted.