"Made by Sniper Arms Dynamics, the TKPD Storm Carbine is a PMC BEAR commissioned modification of the Dragunov SVD sniper rifle. It kills with one direct hit and is used as an accurate and powerful weapon of suppression at medium range."

The TKPD Storm is a tier 1 premium battle rifle.

Foreword: The statistics on the right assumes the "stock" version of the gun, which excludes statistic buffs from the pre-attached collimator sight, railcovers and muzzlebreak. Actual statistics of the gun upon purchase will vary.

The TKPD Storm is a hard-hitting semi-automatic rifle, capable of dishing out massive amounts of damage in a short period of time. Despite being described as a modification of the Dragunov SVD sniper rifle, the TKPD is categorized as an assault rifle in the game. Of all semi-automatic weapons and weapons categorized by the game as an "assault rifle", the TKPD Storm deals the highest amount of damage per shot similar to a sniper rifle

Despite the devastating damage, it is balanced by having a low sniper-like rate of fire, extreme recoil, slow mobility, and a measly 10 round magazine. Because of these stats, the TKPD Storm is very often a situational weapon, meant to be used for support or medium-ranged combat. Because of the lack of effective scopes available in customization, long-ranged combat will be difficult. Hipfiring the weapon when enough accuracy skills are purchased would greatly improve the weapon's efficiency in most situation.

However, the TKPD can take advantage of situational skills which can vastly improve its performance. First, the increased firerate skill obtainable through scout skill tree, increase the TKPD Storm firerate from 5 to 10, making it much more spammable. Secondly, the TKPD has the highest mobility amongst heavy weapons (weapons with 45 mobility or less), and therefore benefits the most from destroyer's heavy weapon mobility and reload skills. All these skill makes the TKPD a much more capable frontline assault weapon instead of its camping and support niche.

Because the TKPD Storm does not require a W-Task to complete, all attachments are available provided the metalevels for them have been unlocked. See TKPD Storm/Customization for more information. 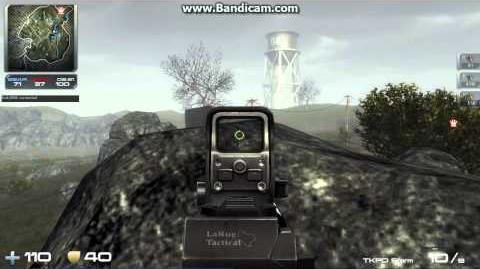 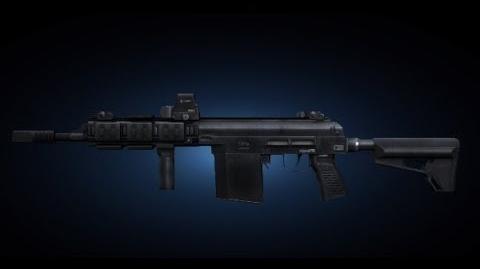 Retrieved from "https://contractwars.fandom.com/wiki/TKPD_Storm?oldid=26030"
Community content is available under CC-BY-SA unless otherwise noted.